szybkie randki bez rejestracji As on the first morning of the world.

femme bi à saint maur des fossés In Madagascar, next to the village of Ranohira, the Relais de la Reine is a Hotel Spa of character, perfectly integrated in an oasis of more than 40 hectares.

Leh The hotel has been specially designed to allow visitors to immerse themselves in this unique place for its geology, flora, fauna and history.

The Relais de la Reine was the first human settlement on these wild lands, deemed hostile. The designers of this project, considered a little crazy when it was launched in 1992, had no other concern than to blend it into this virgin nature, to the point of making the Hotel le Relais de la Reine invisible to anyone who does not. not on site.

The granite constructions, located in a private park of 50 hectares, merge with the sandstones of the rocks and lush vegetation completes the camouflage.

Despite its isolation, our ecolodge is easily accessible by Route Nationale 7. It is ideally located, halfway between the towns of Fianaransoa and Tulear.

A grassy airfield allows tourist planes to access it from all the aerodromes of the island, it became in 2012 a stopover of Air Madagascar. 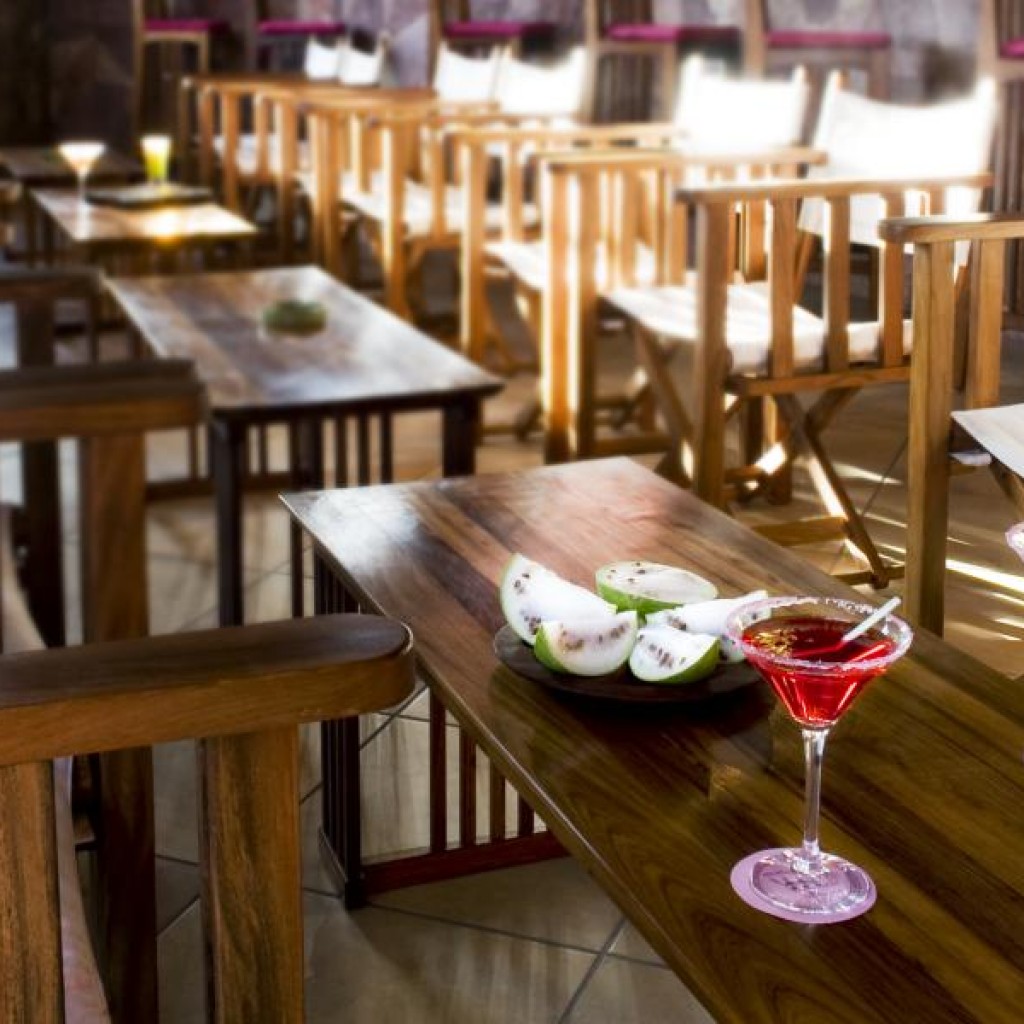 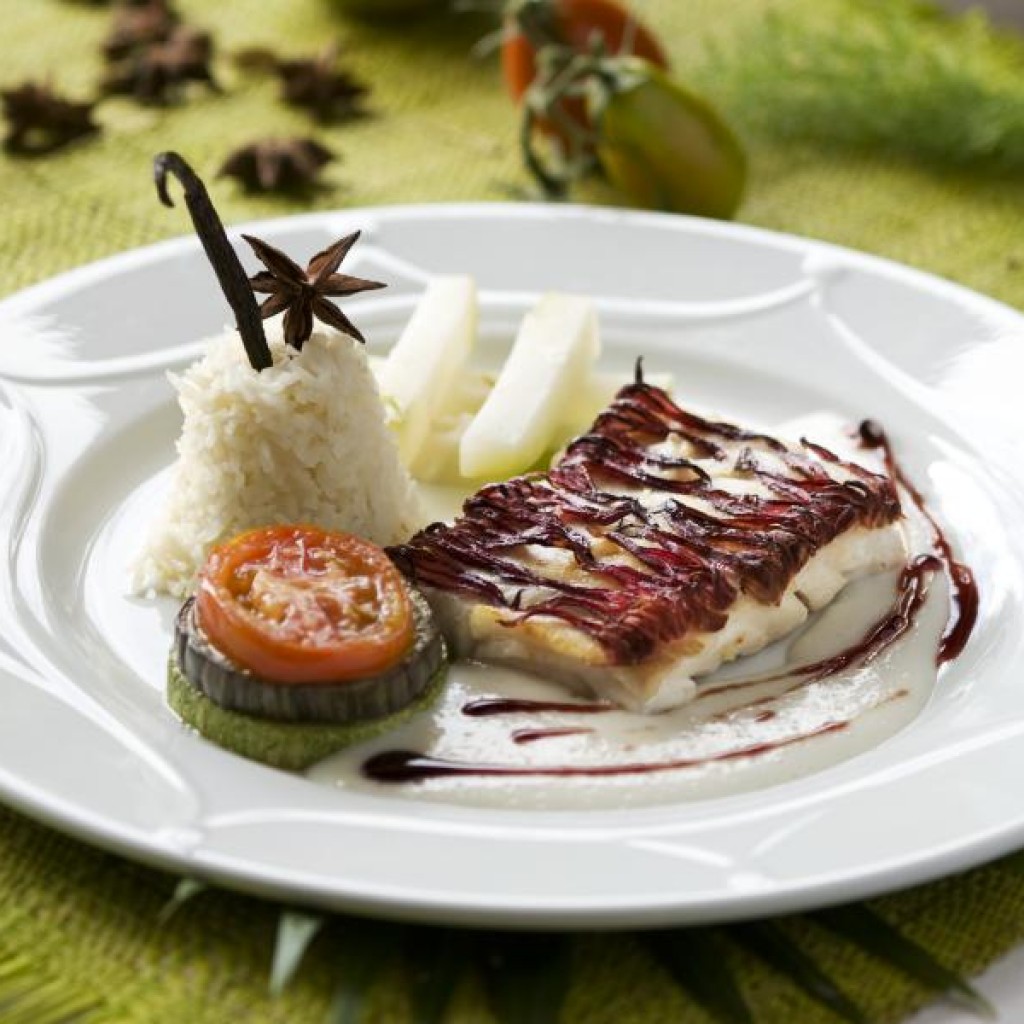 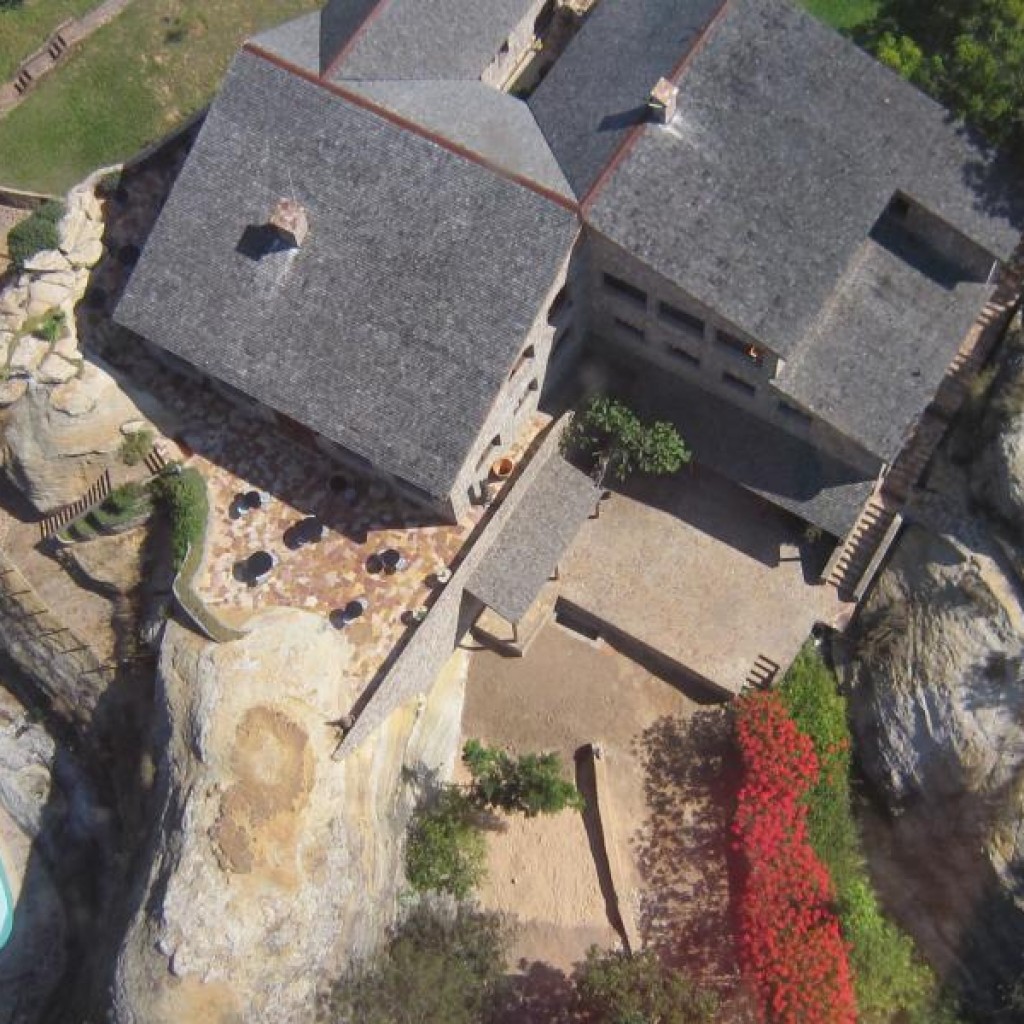 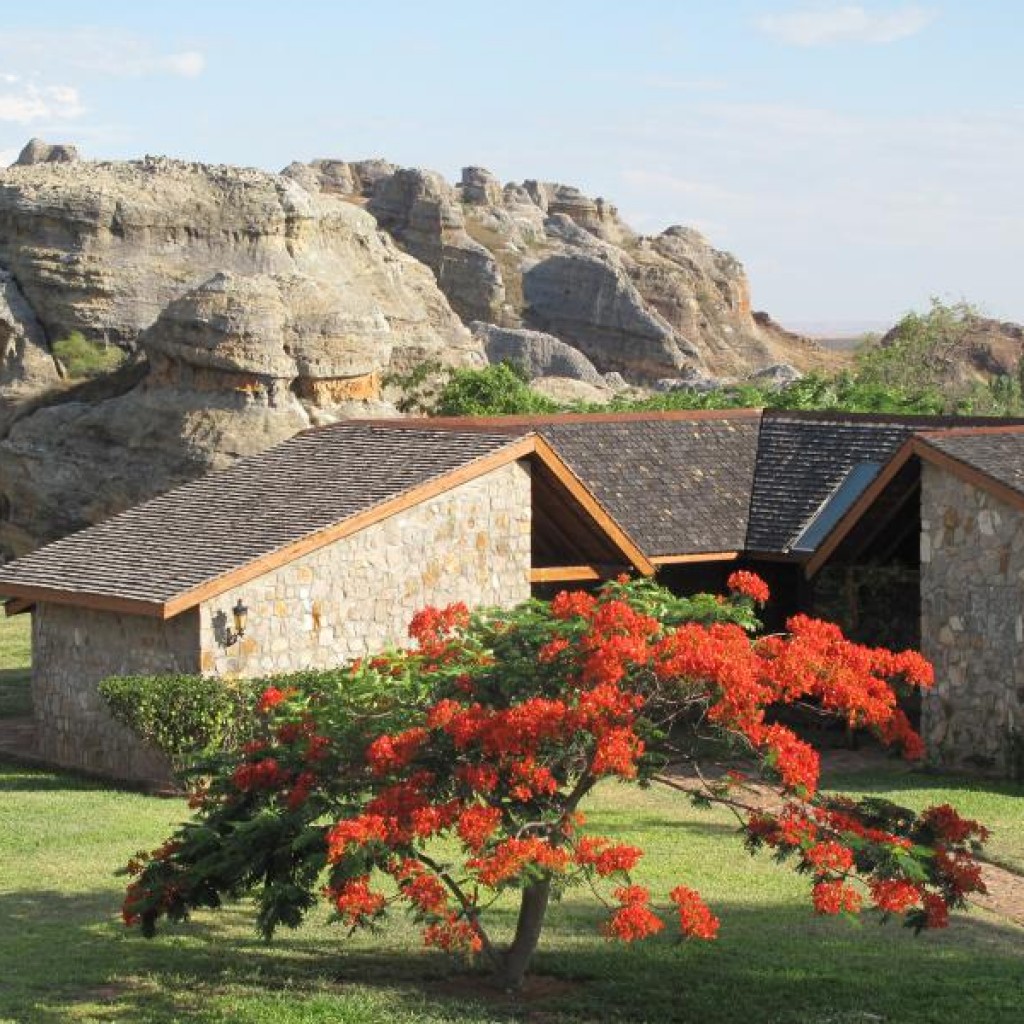 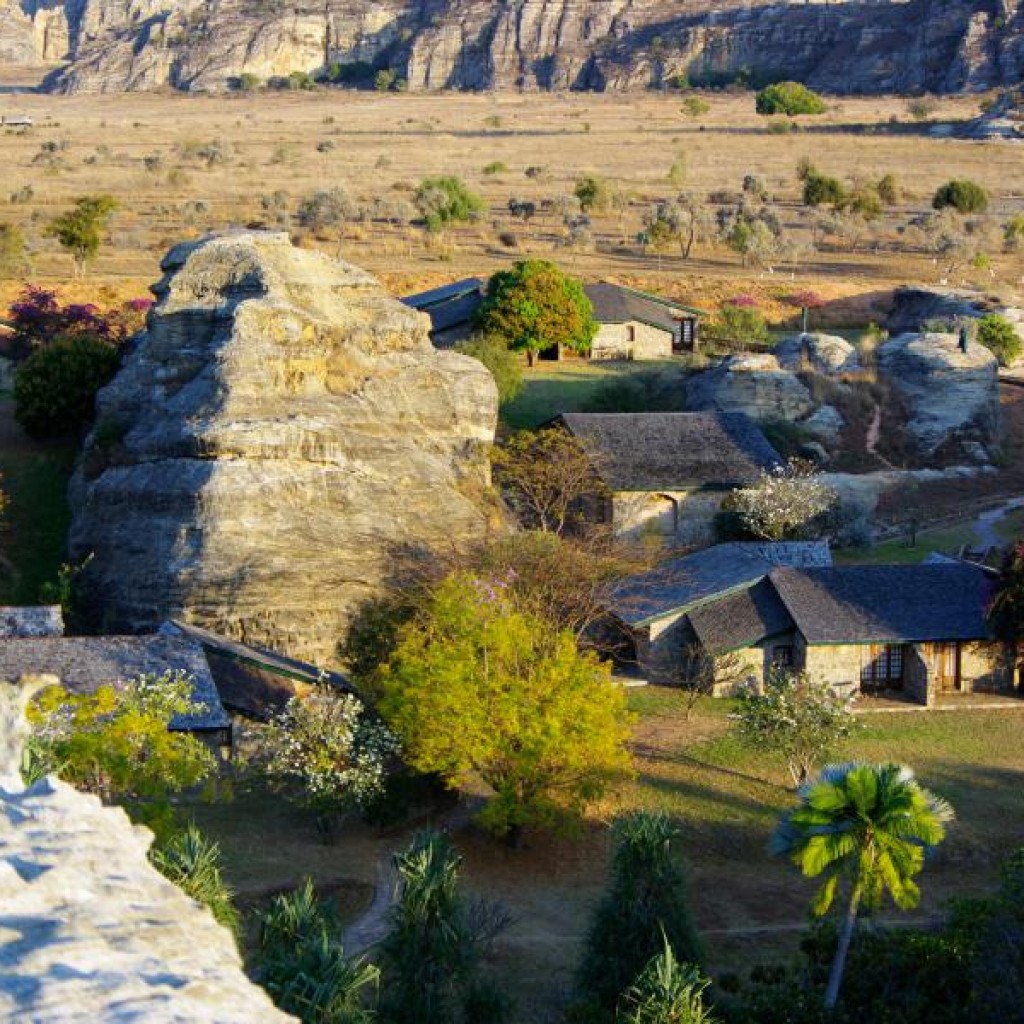 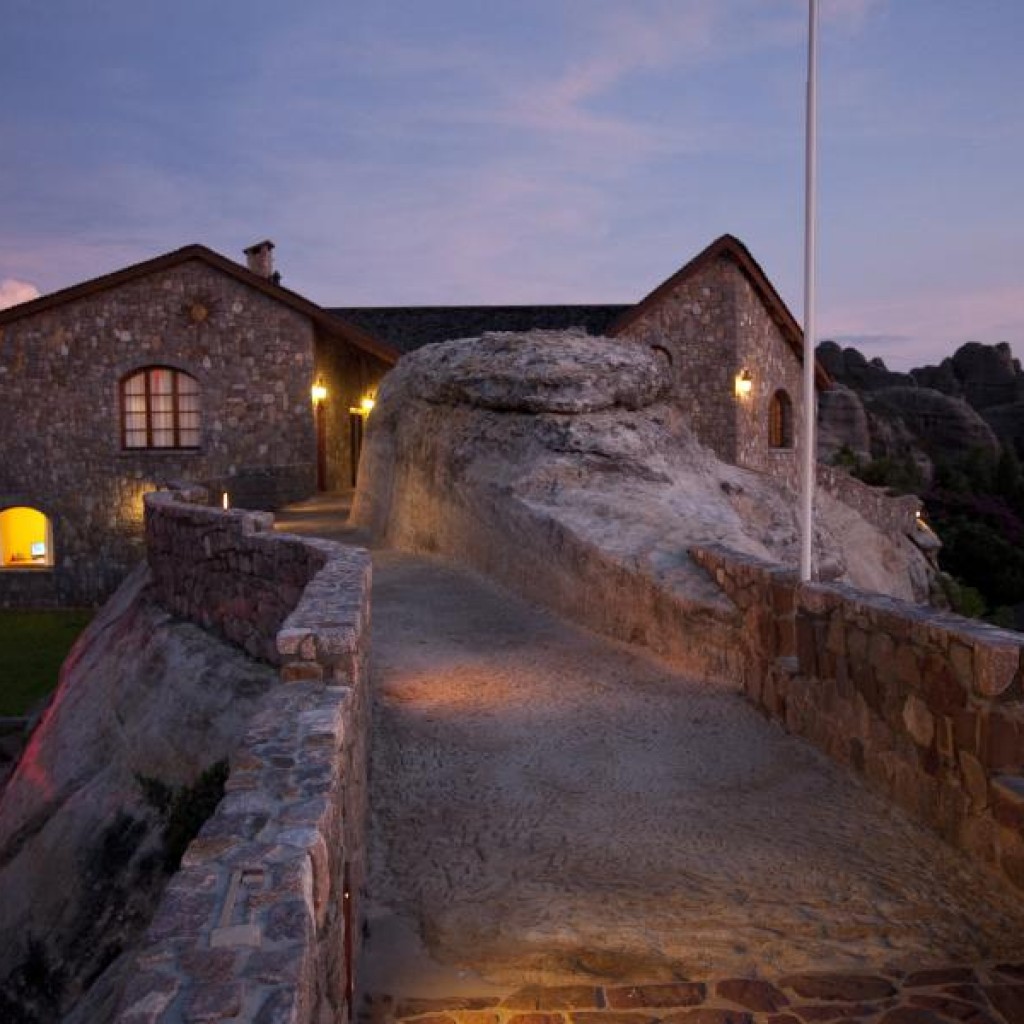 In addition to hiking in the Park, which is the main tourist activity, the Relais de la Reine offers its own activities:

And above all a calm and serenity conducive to rest and relaxation under the shade of the nearby gallery. The Relais de la Reine, although living “out of time” meets the international standards of comfort of a three-star hotel.

It also exudes a very special charm born of hand-cut stones, shingled roofs, rosewood furnishings designed and produced on site by Compagnon du Duty Gilles Touraine; All in a green setting where the scents of frangipani trees mingle with the murmurs of the Soarano river….

The family management of this 30-room ecolodge has developed an atmosphere of simplicity and conviviality. The members of the management and the employees who live permanently on the site are at all times at the service of their customers. 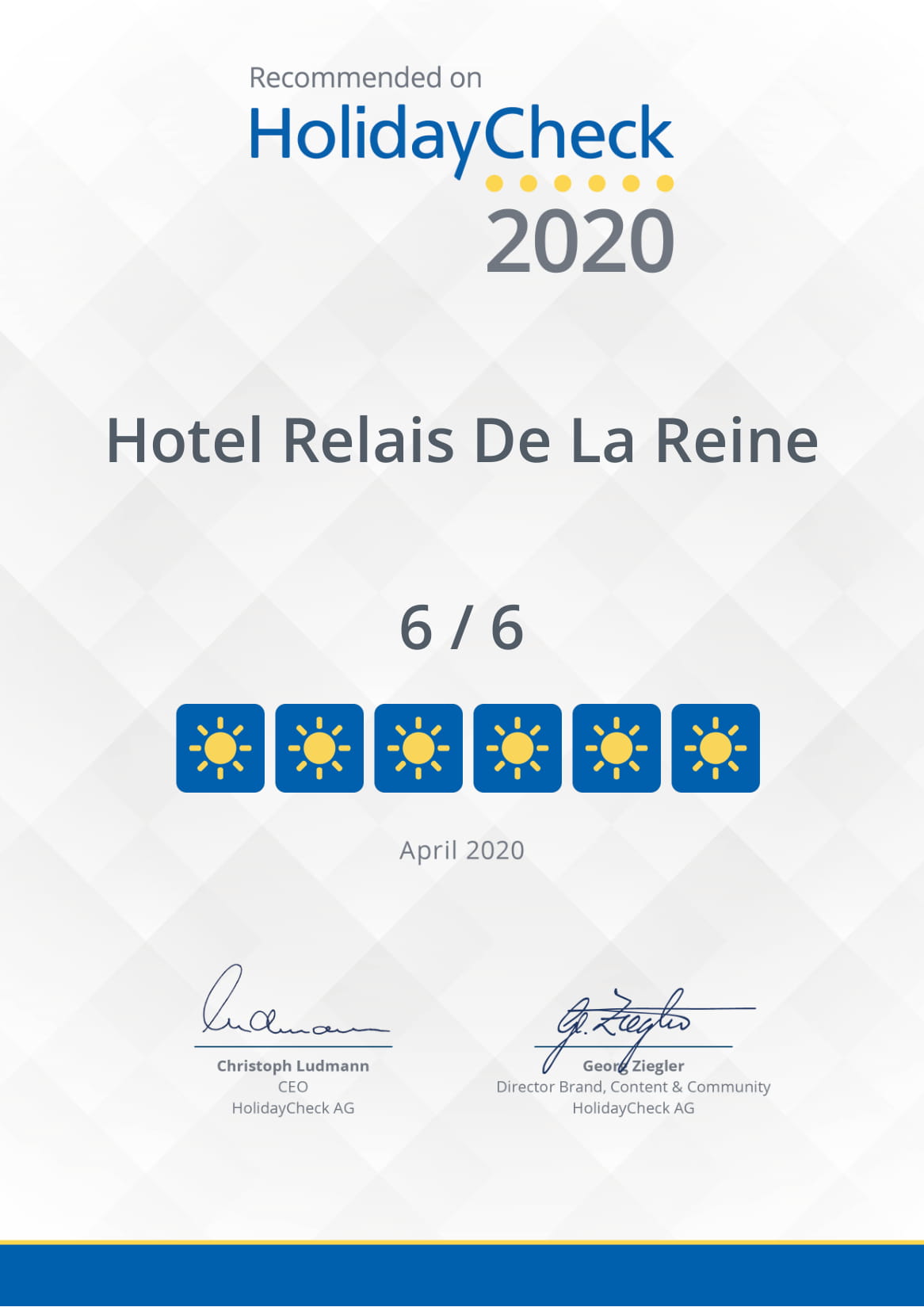 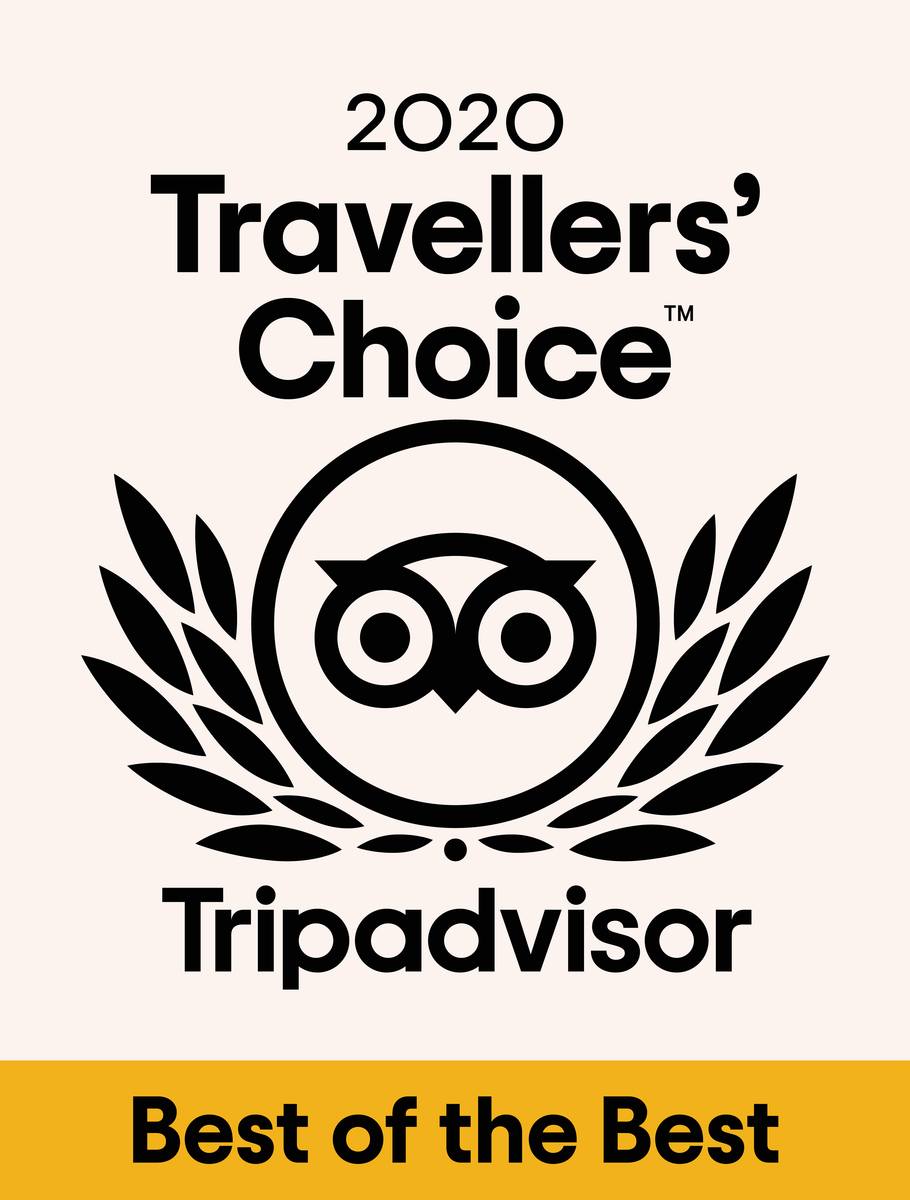